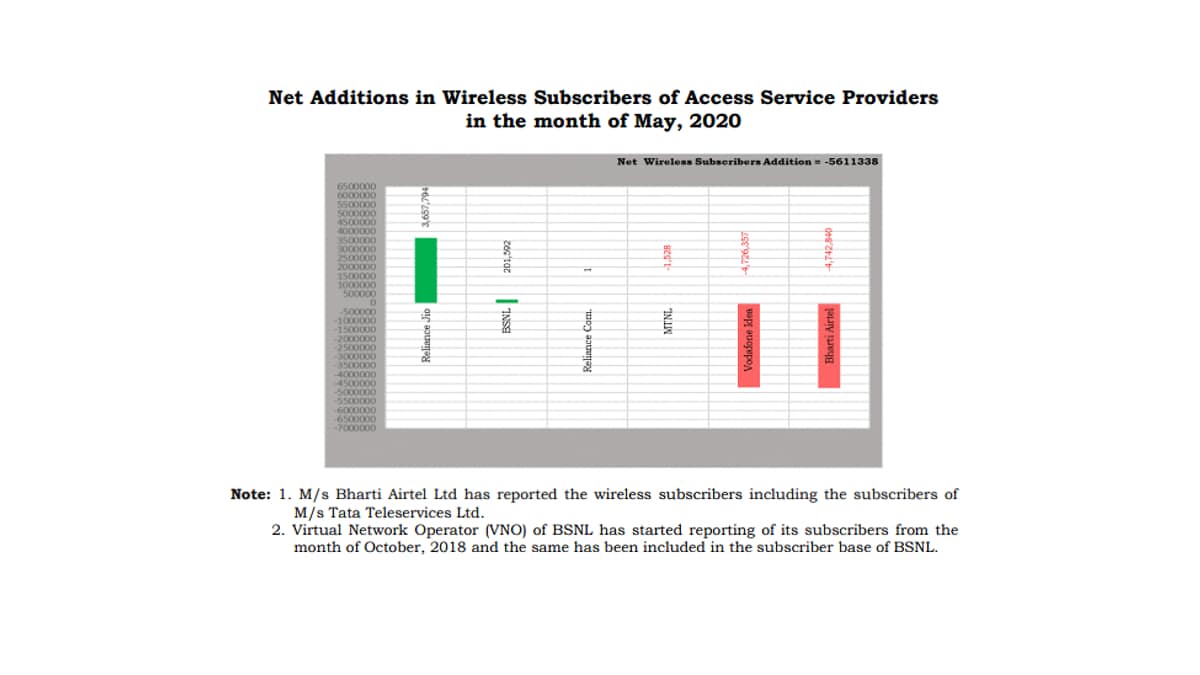 Vodafone Idea and Airtel lost a lot of subscribers in the month of May
Photo Credit: TRAI