A snapshot of the Asus ZenFone 7 retail box has leaked online on SlashLeaks detailing key specifications of the phone. The image tips the phone will support 5G connectivity, have dual-SIM slots, and may feature a 6.67-inch full-HD+ display. The leak suggests that the phone may be powered by the Snapdragon 865 SoC clocked at 2.8GHz. It is expected to pack 8GB of RAM and offer 128GB of internal storage. 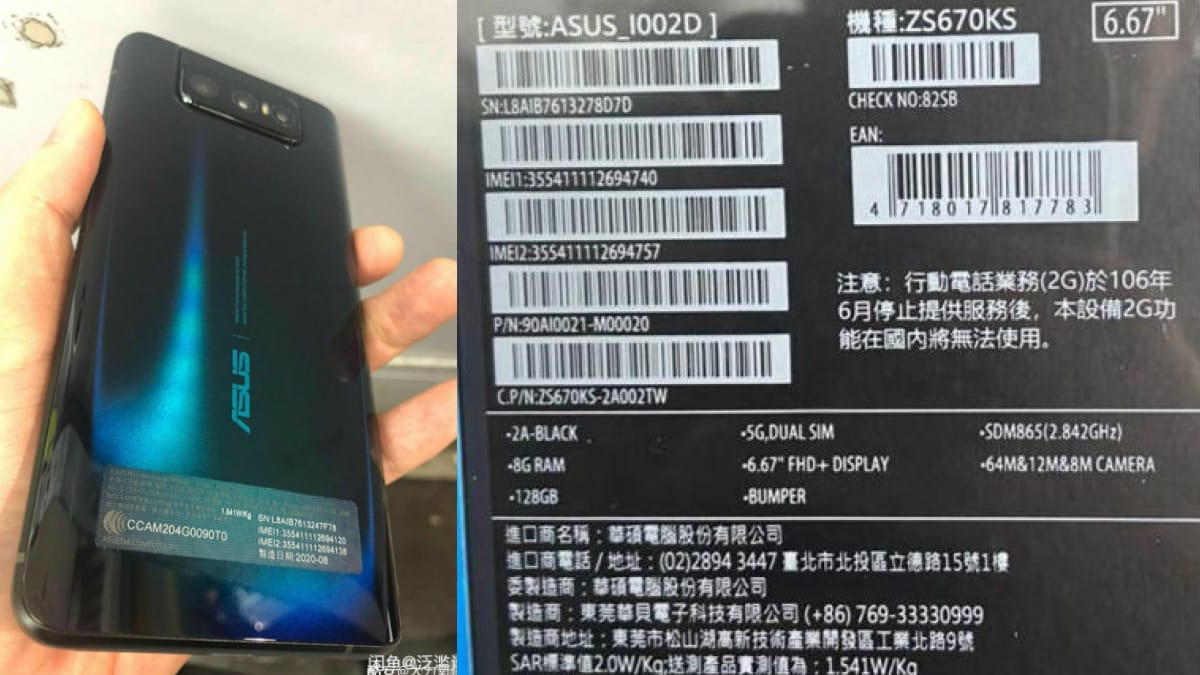 Separately, Twitter user @diage8888 leaked live images of the ZenFone 7 retail box and handset. The back portion of the device is only seen, and it suggests a gradient back panel finish. The phone is expected to have a side-mounted fingerprint sensor. The flipping camera setup sits on top with the three sensors placed in a horizontal manner inside the module. The front of the retail box was also photographed, and it has a very minimalistic design with the ZenFone 7 written in bold and the number 7 plastered front and centre.

SlashLeaks has also listed a leaked render (above) of the Asus ZenFone 7, showing the device from all angels. It has the same back camera setup seen in the live image. Up front, the device has a notch-less and bezel-less screen. The side-mounted fingerprint scanner is clearly seen in this render, and there seems to be no 3.5mm audio jack support here, unlike its predecessor which did offer this port. The speaker grille and the USB Type-C port are seen on the bottom edge.

Previous reports suggest at a 60Hz LCD display. There is also expected to be an Asus ZenFone 7 Pro model that is rumoured to be powered by the Snapdragon 865+SoC.