Christopher Nolan loves cinemas. So much so that even during a global coronavirus pandemic, the London-born 50-year-old filmmaker has been insistent that Tenet — his epic time-bending espionage movie, akin to a sci-fi Bond film — will only release in theatres. Even though many cinemas aren’t operational. And the ones that are, are working under severe restrictions. Like most other big-budgeted productions slated for 2020, Tenet has been delayed multiple times due to the pandemic. But unlike other movies, which have been delayed for months or even a year, Tenet’s release date has been pushed just 40 days in all. Nolan has been determined to get Tenet into theatres ASAP.

After weekend previews in select countries, Tenet is finally set to kick off its theatrical rollout on Wednesday. It will open in over 70 markets by the end of this week, including Nolan’s second home in the UK, in addition to major countries such Australia, France, Germany, Korea, and Spain. And in the first week of September, it will release in the US and China, the two biggest box office markets of the world. Those’ll be followed by Russia and Japan later in September. Warner Bros. wasn’t always in favour of a staggered release. In fact, insiders say that the studio wanted Tenet to release everywhere — including India — at the same time, fearful of piracy.

Nolan seems to have been able to allay Warner Bros.’ concerns, but that doesn’t mean the piracy threat is gone. Tenet is an event in itself, a $200-million-movie (about Rs. 1,500 crores) stemming from an original idea — a rare breed in Hollywood. And Nolan is one of the last directors who’s able to pull in massive audiences on the basis of his own name. “The director of The Dark Knight Trilogy. Inception. Interstellar. Dunkirk.” The last of those — Dunkirk — Nolan’s World War II drama about a specific act of British heroism made over $500 million (about Rs. 3,700 crores). That’s unheard of in today’s climate. What that means is that a lot of people will want to watch Tenet. 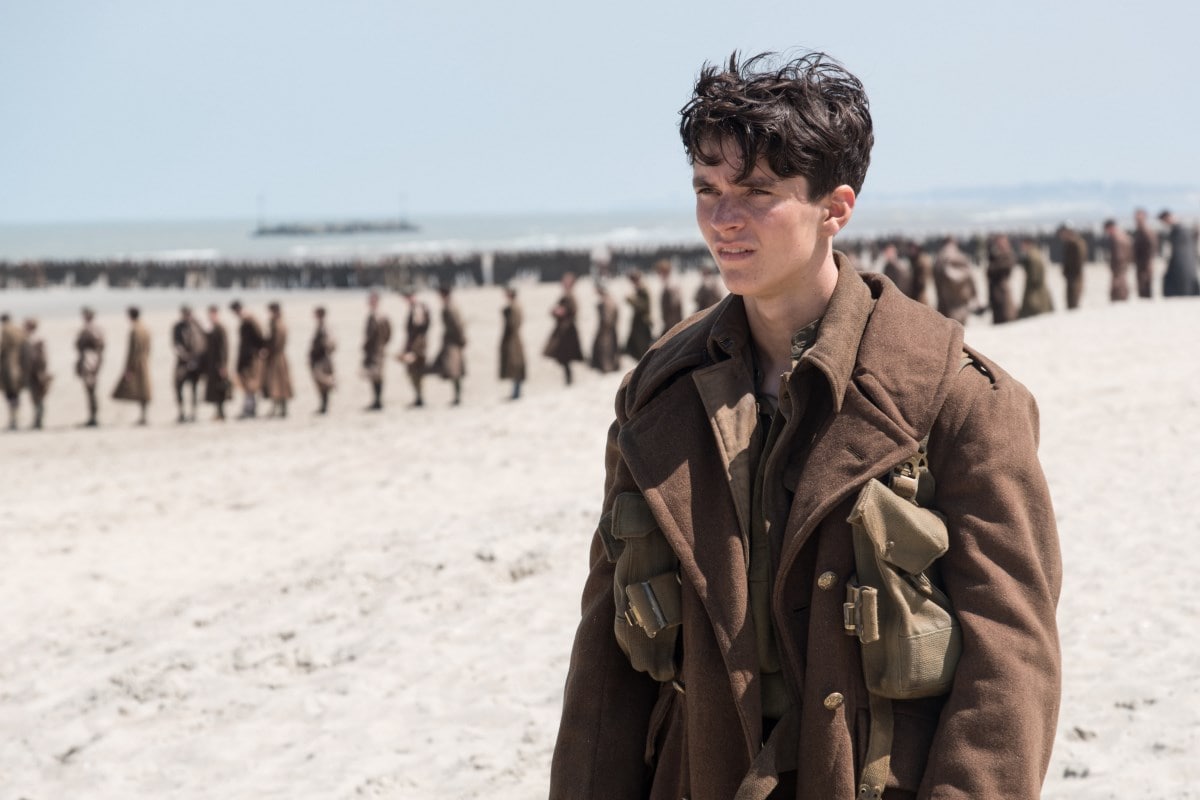 Judging by the film’s marketing, Tenet is clearly the kind of Nolan movie that needs all its mysteries intact for you to properly enjoy it. And as the trailers have shown, Tenet has a lot of that quintessential mind-bending Nolan touch, à la Memento, The Prestige, and Inception. But Nolan’s theatre-only approach is likely to doom all that. Tenet spoilers have already arrived on Reddit and they will only accelerate after the film opens in the US. Soon after, they will spill over to the rest of the Internet with explainers and discussion pieces. In such an environment, a lot of people who’d wish to watch Tenet unspoiled and be part of the conversation will naturally be driven to look for illegal rips.

And that’s not just for the ones who live where cinemas aren’t open at all. Even if you’ve access to Tenet in a theatre nearby, you might not wish to step out, worried that you might catch the virus. And those fears are justified, according to experts. For one, the coronavirus is spread through aerosols, which might be propagated much further in an air-conditioned environment, studies have shown. And two, there’s no way to guarantee that your fellow patrons are keeping their masks on for all 150 minutes of Tenet’s runtime. Much more so if the theatre allows the consumption of food and beverages. The experts are emphatic that going to cinemas is not a “good idea” unless you can rent out the entire hall. That’s not something the average moviegoer can afford.

How can the pro-cinema Nolan be blind to the fact that he might be putting his fans in danger? And it doesn’t have to be this way. All the other big-budgeted movies have gotten out of the way of the pandemic. Daniel Craig’s final Bond film, No Time to Die, was the first to push its release date by over seven months. The next Fast & Furious movie, F9, has been delayed 11 months. Even Marvel has pushed its solo Scarlett Johannsson adventure Black Widow by six months. But Nolan didn’t budge. And if he must push it early, he could’ve adapted. In the same week as Tenet’s release in the US, Disney is set to try out a novel strategy for its $200-million live-action Mulan, available for an additional $30 (about Rs. 2,200) on top of the Disney+ monthly subscription fee in select markets. 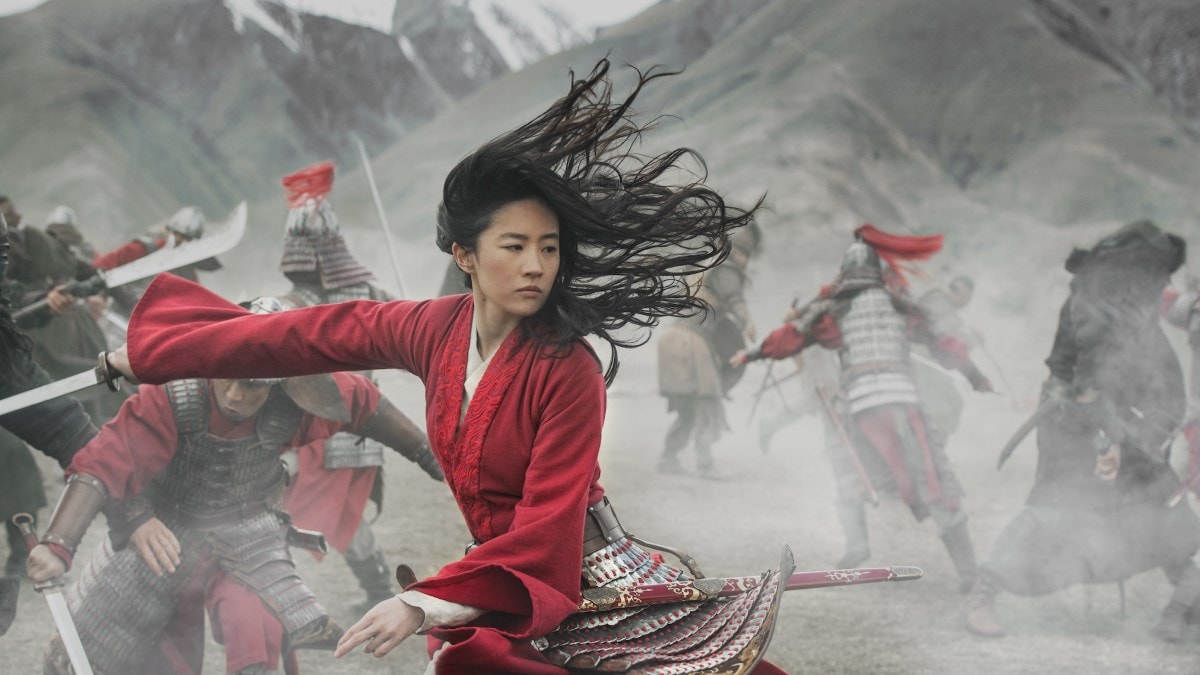 Yifei Liu in and as Mulan
Photo Credit: Jasin Boland/Disney

As one of the only directors whose original ideas bring in $500 million minimum at the box office, Nolan and Warner Bros. could’ve minted money with the online rental route. But Nolan wouldn’t have any of the straight-to-home business model, or accept a lengthy delay. He not only wants to preserve the big screen experience (understandable) but he also wants to be the saviour of cinemas (risky), which have been among the worst hit industries during the pandemic. But in going for a staggered release with Tenet during an ongoing pandemic, Nolan is going to end up spoiling the film for some (not good) or push them towards piracy (worse).

Ironically, the latter not only does exactly what Nolan doesn’t want — spoil the big screen experience that Nolan is so enamoured by — but it also hurts Tenet’s box office, which is already hurting owing to limited screens and social distancing guidelines. For instance, though Tenet is opening in the US on September 3, it won’t have any presence in the New York or Los Angeles area, which are the two biggest contributors to the American box office. And in the places where Tenet will be available, screens will run at either a third or half the capacity at most. Not to factor in how comfortable audiences feel about returning to cinemas to begin with. Tenet needs to make $500 million reportedly to break even, and it’s impossible to say if that figure is attainable given the global situation.

For what it’s worth, Tenet is looking at a much longer theatrical run that what has become tradition. Warner Bros. has already committed to that. After all, countries such as India that are still climbing the first wave of coronavirus infections — we’re now around the 70,000 new cases per day mark, and there doesn’t seem to be an end to this in the near future — have not even put the reopening of cinemas on their agendas. We might not get to see Tenet in theatres until next year. With such massively staggered theatrical windows, it’s impossible to say what Warner Bros.’ home media strategy will be for Tenet. But it’s entirely possible that Tenet will end up on Blu-ray elsewhere before it comes to Indian cinemas.