Google’s Pixel range is now receiving the latest Android 11 update. The update brings along additional features especially for Pixel phones including app suggestions, Live View with Location Sharing in Google Maps, a new Smart Reply method in Gboard, and more convenient ways to select text and images, or take a screenshot with new overview actions. All of this is in addition to the other common changes that Android 11 brings along. Google says that the update has started rolling out in a staged manner and will be completed over the next two weeks.

Google is rolling out the Android 11 update with exclusive features for the Pixel series. The update is coming to Pixel 2, Pixel 2 XL, Pixel 3, Pixel 3 XL, Pixel 3a, Pixel 3a XL, Pixel 4, Pixel 4 XL, and Pixel 4a users. The original Pixel series has now passed the valid period for software support. Because it is a staged rollout, a notification may not appear for compatible Pixel phones immediately. Check for the update manually in System > Advanced > System update.

Google has separately announced the roll out of Android 11 for select Xiaomi, OnePlus, and Realme smartphones as well.

The tech giant has released exclusive features just for Pixel users with the Android 11 update, and it includes Live View with Location Sharing in Google Maps. This enables users to see directions superimposed in the real world. Once a friend shares his location, a new bubble with their profile icon shows up in Google Maps. Tapping on it and pressing the new Live View option will allow you to see where they are in relation to you, along with how far away they are. Tapping on “Start” will then show you arrows and directions placed right on top of your world so you can see exactly which way to go.

There is also the addition of a new Smart Reply feature on Pixel’s Gboard. As the name suggests, it offers suggestions when using chat apps. Google says that it has been processed on the phone to protect user privacy. The update brings a unique app suggestions feature that recommends apps based on daily routines. It will learn the user behaviour over time and then recommend apps you use at different times of the day. For instance, Messages for daily check-ins, Google Maps for the afternoon walk, and music apps for the evening. 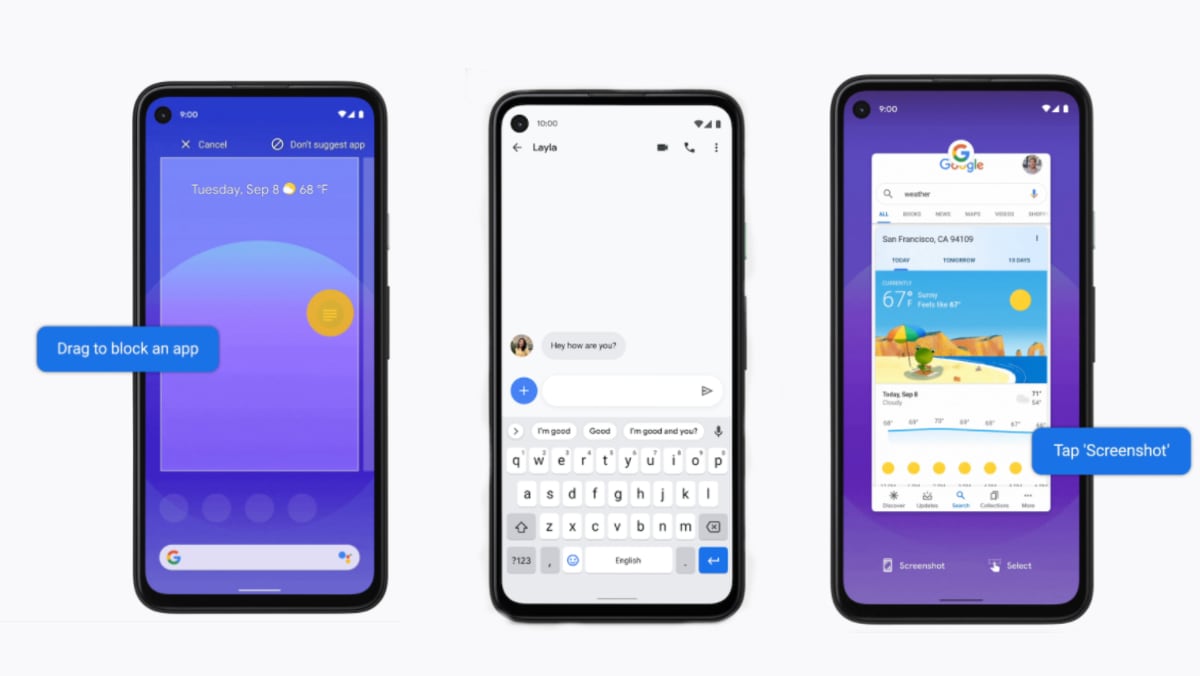 The new Android 11 update for Pixel phones brings a more convenient way to select text and images, or take a screenshot with new overview actions. The update also brings intelligent suggestions for folder names and the ability to quickly group apps by themes like photography, news, navigation, fitness and more.

Other features bundled with the common Android 11 update include built-in screen recording, bubbles for multi-tasking, and a dedicated space for conversations in messaging apps in the notifications section. There is also redesigned media controls, wireless Android Auto functionality, and more. There are a bunch of privacy-centric features like one-time permissions for apps, auto-reset of permissions on unused apps, and several other privacy protections for Android Enterprise users.

Is Android One holding back Nokia smartphones in India? We discussed this on Orbital, our weekly technology podcast, which you can subscribe to via Apple Podcasts, Google Podcasts, or RSS, download the episode, or just hit the play button below.