The Moto G9 is the newest phone to be inducted in the budget-focused G-series by Motorola. This new smartphone is the successor to the Moto G8, which never made it to India. With the Moto G9, the company brings the new Qualcomm Snapdragon 662 SoC to our market. The Moto G9 also sports a big display and packs a triple camera setup at the back. Motorola has priced the smartphone at Rs. 11,499 in India, but should you consider it? I got to spend some time with the Moto G9 and here are my first impressions of the device.

India is the first smartphone market to get this new smartphone. Being a budget conscious market, previous Moto G series models have been fairly successful here. The Moto G9 comes in a very familiar minimalist package consisting of the smartphone, a case, and a 20W charger.

The Moto G9 sports a big 6.5-inch IPS LCD display with an HD+ resolution. Most smartphones at this price point sport similar HD+ panels, with the Redmi Note 9 (Review) being an expectation. The Moto G9 has a 20:9 aspect ratio which makes it tall and narrow. While this helps grip the phone better, reaching the top of the display isn’t very easy. It has thin bezels on the sides, but the chin is thicker. The Moto G9 has a dewdrop notch at the top that houses an 8-megapixel selfie shooter with an f/2.2 aperture.

You will find all the buttons on the right side of the Moto G9, including a dedicated Google Assistant button. This is positioned quite high and needed me to shuffle the phone in my hand to reach it. The power and volume buttons are better positioned, making one-handed use easy. I like the textured finish on the power button which makes it easy to distinguish. The Moto G9 has a 3.5mm audio jack on the top along with a secondary microphone, while the primary microphone, USB Type-C port, and speaker are at the bottom. 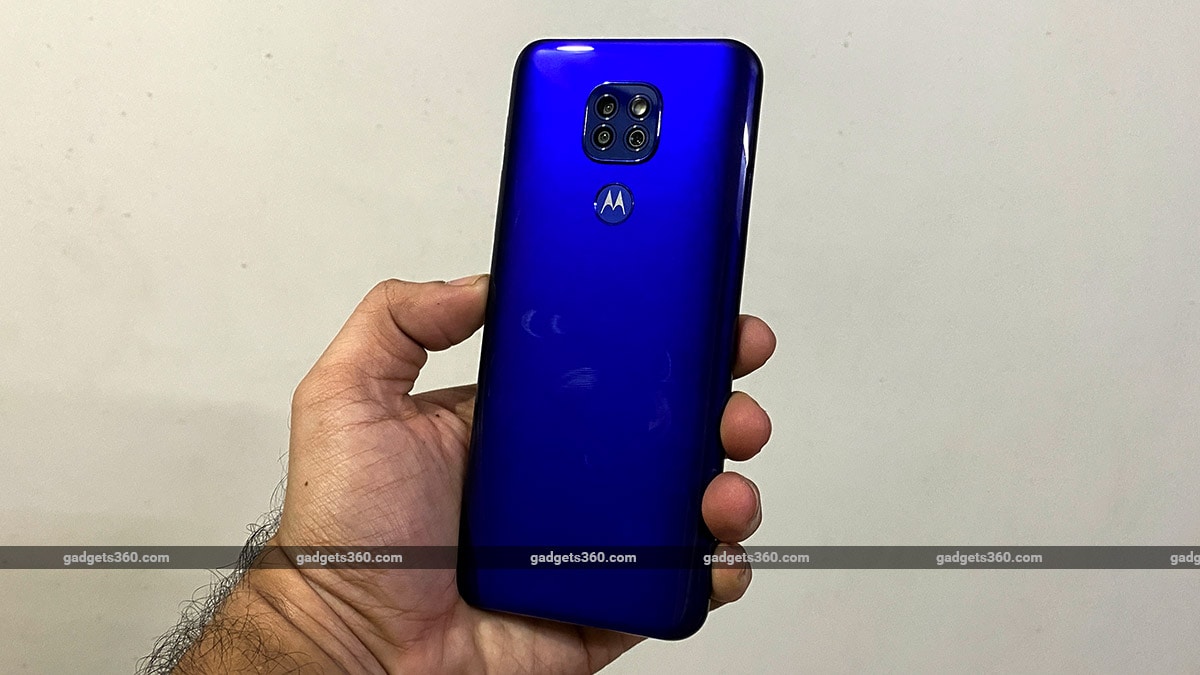 The Motorola Moto G9 packs in a 5,000mAh battery

The Moto G9 has a triple camera setup in a square-shaped module at the back. This consists of a 48-megapixel primary camera, a 2-megapixel macro camera, and a 2-megapixel depth sensor. The module also houses the flash and does not protrude too much. If you use the supplied case, the module sits flush with it preventing the device from rocking on a flat surface. Right below the camera module is the fingerprint scanner, making it easy to reach while holding the smartphone in the hand. The Moto G9 is available in two colours, Sapphire Blue and Forest Green. I had the former with me.

Motorola has crammed a 5,000mAh battery into the Moto G9, because of which the phone measures 9.18mm in thickness and tips the scales at 200g. You will feel the weight after using it for a while. However, battery life should be good, and I’ll test that in the full review. Motorola supplies a 20W charger in the box, which should be fairly quick to top up the big battery.

Now let’s talk about the new processor, the Qualcomm Snapdragon 662. It is an octa-core processor and is built on an 11nm process. Motorola has only launched a single version of the Moto G9 in India, with 4GB of RAM and 64GB of storage. If you are looking for additional storage you will have to sacrifice one SIM slot as the Moto G9 has a hybrid tray. 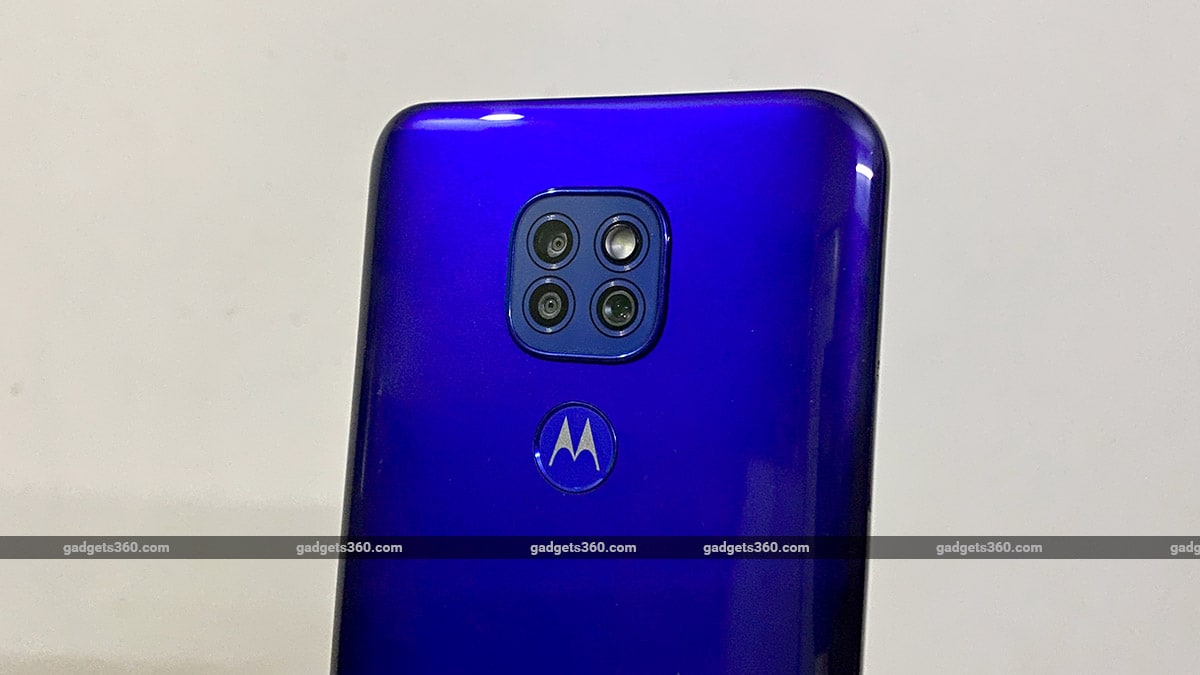 The Moto G9 runs Android 10 and has the July Android security patch. I like the UI on the Moto G9 as it is very close to stock Android. There are no preinstalled apps, but Motorola has added features such as Moto Actions which are quite handy. Gesture-based navigation is enabled by default but you can go back to the traditional three button layout if you aren’t comfortable. Overall, the software is clean and should appeal to people who don’t want preinstalled apps on their phones.

Motorola has priced the Moto G9 at Rs. 11,499, which puts it right in the middle of some intense competition. Popular smartphones at around this price include the Realme 6i (Review), the Redmi Note 9 (Review), and the newly launched Nokia 5.3. I will be putting the Motorola G9 through our benchmarks and camera tests to see how it performs, so do stay tuned to Gadgets 360 for the full review.