The Nokia 5.3 is the first budget smartphone from HMD Global to launch in India this year. It has a 6.55-inch HD+ display with a dewdrop notch at the top. This notch houses an 8-megapixel selfie shooter, and there is a thin earpiece right above it. The display has a tall 20:9 aspect ratio and HMD has used Corning Gorilla Glass 3 for protection. 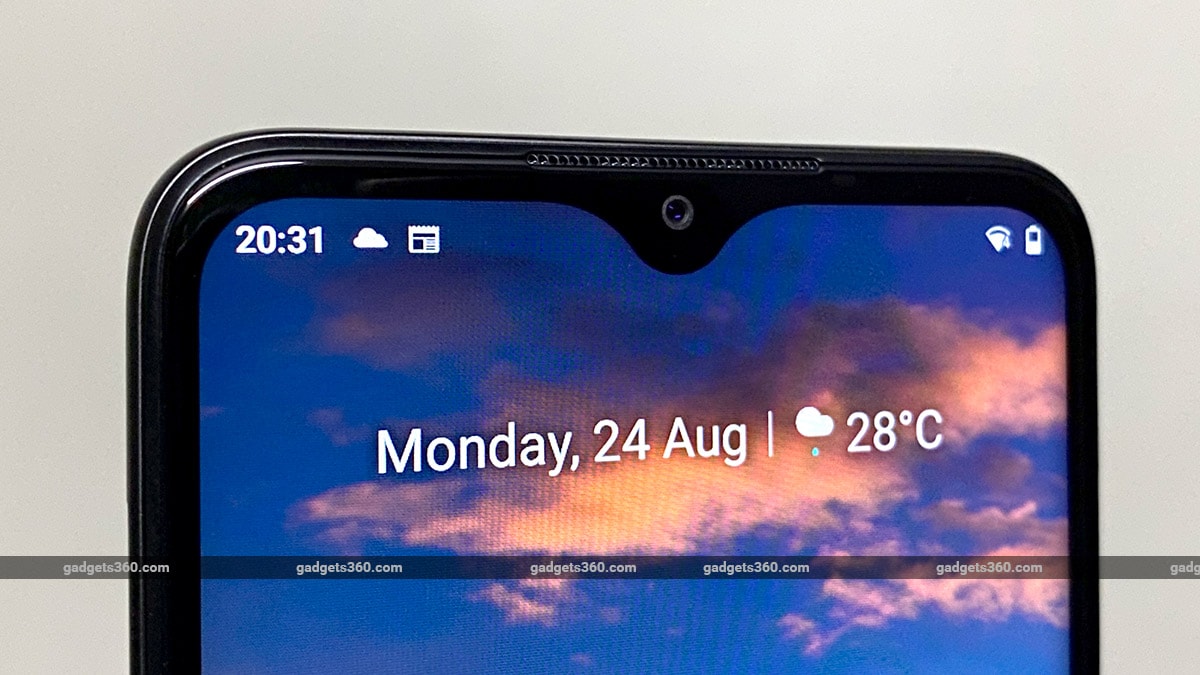 The Nokia 5.3 has a dewdrop notch at the top of the display

The corners of the device are rounded so they don’t dig into your palm while using the phone. HMD Global has also curved the frame and the sides of the smartphone which makes it comfortable to hold. The Nokia 5.3 has a USB Type-C port at the bottom along with a speaker and microphone. The 3.5mm audio jack is at the top along with a secondary microphone.

You get a quad-camera setup on the Nokia 5.3, with the four lenses arranged in a ring with the flash in the centre. There’s a 13-megapixel primary sensor with an f/1.8 aperture, a 5-megapixel ultra-wide angle camera, a 2-megapixel macro camera, and a 2-megapixel depth sensor.

Below this camera module is the fingerprint scanner, which is well positioned and can be reached easily while holding the smartphone. HMD Global has also added a Nokia logo on the back in landscape orientation. The Nokia 5.3 is available in three colours, Cyan, Sand, and Charcoal. I got my hands on a Charcoal version of the device.

HMD Global offers a 4,000mAh battery on the Nokia 5.3, which should help it deliver decent battery life. You only get a 10W charger in the box which could mean long charging times. You also get a pair of earphones and a smartphone case in the box. 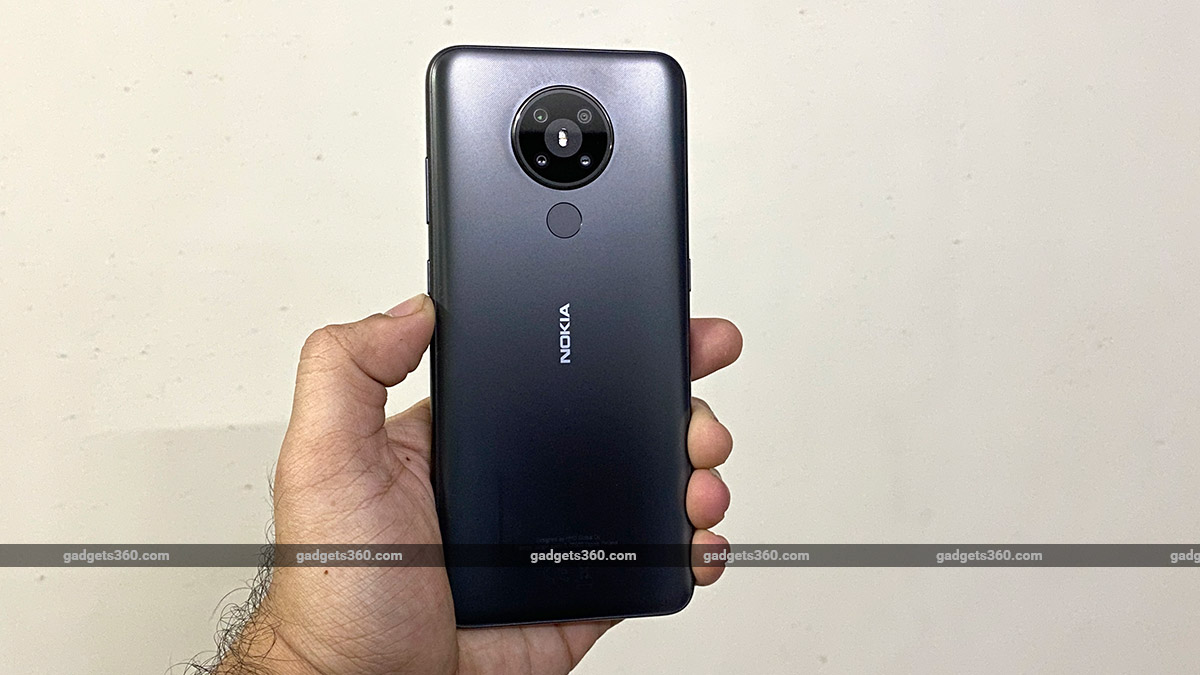 The ring-shaped quad-camera module on the Nokia 5.3 looks interesting

The Nokia 5.3 is powered by the Qualcomm Snapdragon 665 SoC, an octa-core processor. There are two variants of the Nokia 5.3; the base variant gets 4GB of RAM while the higher-priced one gets 6GB. Storage remains the same at 64GB, but you do have the option to expand this using a microSD card.

Since the Nokia 5.3 is a part of the Android One programme, it runs clean stock Android 10. This smartphone was running the May 2020 Android security patch at first, but it got an update to the June 2020 patch. This is still slightly dated but I will keep an eye out for updates while reviewing the device.

It has been a while since I have used a smartphone with stock Android and absolutely zero customisations. Motorola’s My UX on the Motorola One Fusion+ (Review) came close to delivering a similar experience, but it still has some modifications. The best part of stock Android on the Nokia 5.3 for me is that there are no preinstalled apps at all.

Priced at Rs. 13,999 for the base variant and Rs. 15,499 if you want more RAM, the Nokia 5.3 goes up against the Redmi Note 9 Pro (Review), the Realme 6i (Review), and the newly launched Motorola G9. I will be subjecting the Nokia 5.3 to our benchmarks and in-depth testing very soon, so stay tuned to Gadgets 360 for the full review.