Samsung’s Galaxy M series phones are built for millennials who wish to have the best features in a smartphone, at a price that is just right. Samsung has been consistently expanding its M series portfolio in India with innovative and affordable smartphones. These Galaxy M series smartphones are quite popular amongst young smartphone buyers in the country.

Galaxy M series recently received a new addition in India, the Galaxy M31s. The new phone promises to add a whole new chapter to Samsung’s M series with some powerful photography features at a price that’s so much easier on the pocket. Today, we’ll explain why Galaxy M31s is a pretty good option for those looking to buy a new phone around the Rs. 20,000 price point.

The new Samsung Galaxy M31s brings a brand new camera experience dubbed as 64-megapixel Intelli-Cam with Single Take. It is the first smartphone in Samsung’s Galaxy M series to include this new technology. The new Single Take feature lets you capture your precious moments in a number of ways. 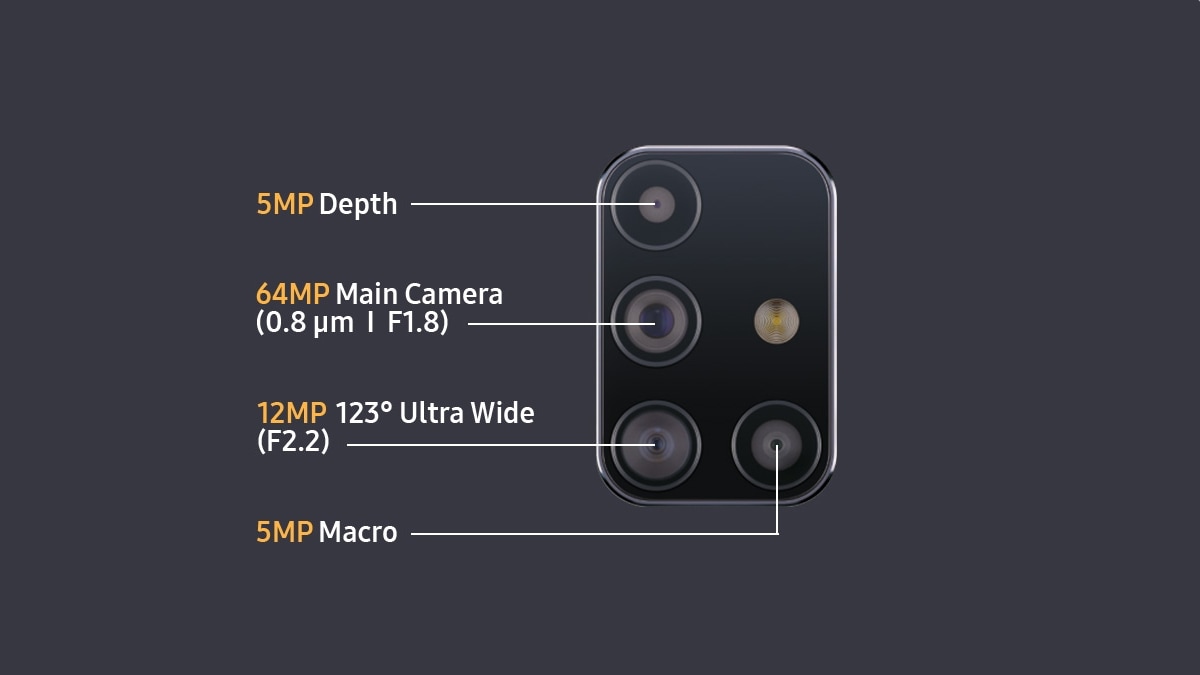 There are times when you’re not sure if you want to take a photo or a quick video, and you don’t want to miss the moment either. Single Take on the new Galaxy M31s takes care of this very problem. It gives you 10 stunning outputs in a combination of photos and videos that you can pick while sharing.

Single Take to Take Your Breath Away, Every Single Time 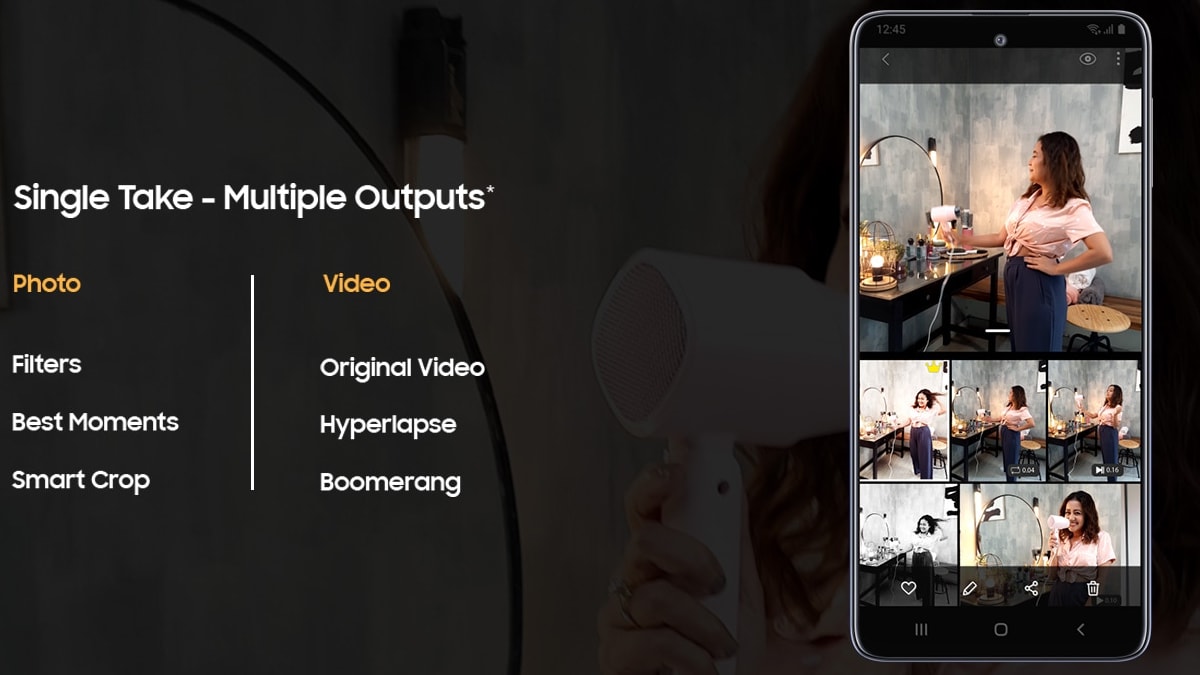 The 32-megapixel front camera on the Galaxy M31s also supports the new Single Take feature. This means you’ll be able to capture stunning selfies, without missing any important details. Single Take will automatically capture upto 10 different outputs from the front camera at the tap of a button, letting you amaze your friends and family on social media.

Powerful Cameras to Impress Everyone Around You

Samsung’s new Intelli-Cam setup is powered by a 64-megapixel primary camera, a 12-megapixel Ultra Wide camera, a 5-megapixel macro lens, and a 5-megapixel depth sensor. The camera setup helps you capture and share a perfect #MonsterShot every single time. It’s the ideal smartphone camera you want in your hands, be it while working from home or out on a special dinner date with someone.

The beautiful photography experience is powered by the Sony IMX682 sensor that delivers exceptional performance, especially in this price segment. This is the first time a Samsung Galaxy M series phone includes this sensor for impressive photography experience. If you want to create impressive photos and videos on your social media channels, the Galaxy M31s can be your best pal.

A gorgeous display that offers an immersive experience

Samsung Galaxy M31s comes with an sMOLED-based Infinity-O display, another first for Galaxy M series. The gorgeous display comes with a screen-to-body ratio of over 91 percent, that lets you enjoy all your favourite photos and videos without any annoying bezels or a large display notch. From watching movies and TV shows to joining important video calls while working from home, the Galaxy M31s’ display makes everything better.

The 6.5-inch full-HD+ display on the Samsung Galaxy M31s offers a peak brightness of 420 nits, making it highly readable in most real-world conditions. Add to that a contrast ratio of 78960:1, and you’ve got a winner in your hands. You can read ebooks without straining your eyes, visit websites, and scroll through your social timelines without any lag.

A monstrous battery that refuses to die

With a powerful phone such as the Galaxy M31s, it’d be a shame if you ended up with poor battery life. The Samsung Galaxy M31s comes with a massive 6,000mAh battery, and for the first time, it also comes with a 25W fast charger in-the-box. How cool is that? You no longer need to buy a fast charger separately.

The phone’s battery can last for up to 27 hours while playing videos, up to 51 hours for voice calls, up to 125 hours for playing music, up to 22 hours while browsing the Internet, and can be charged completely in less than 100 minutes. That’s highly impressive for a smartphone that doesn’t cost too much.

What’s more? The phone supports reverse charging and includes a USB Type-C to USB Type-C cable as well. You can now charge your secondary phone or a friend’s phone, and help them out. Cool, right?

A powerful processor under the hood

What powers all these amazing features in the Galaxy M31s? The new phone is powered by Samsung’s Exynos 9611 chipset, supported by up to 8GB of RAM. It includes a 2.3GHz octa-core processor, the Mali-G72 MP3 CPU, and is based on the 10nm architecture. The last LPDDR4x RAM ensures you’re able to enjoy your favourite apps and games without a hiccup.

On the software front, the Galaxy M31s is equally powered. It comes with Android 10 out-of-the-box with Samsung’s One UI interface on top. You get native Android 10 features along with a clean, crisp user interface that lets you navigate easily, run your favourite apps, and do a lot more. One UI is fine tuned to be user friendly, while helping you get more done without any complications.